The Making of a Mermaid by Kasey Leavitt

Kasey Leavitt was one of my first follows on Twitter. I saw her interacting a lot with Summer and Dee, the first people I fangirled over and I knew she must be awesome. I was right. She is a sweet person, a wonderful friend, and always has warm words for everyone.
I picked her picture for the project and she emailed me back very emotional. She told me that she believed in higher reasons for things and that the picture, which is actually a postcard is the VERY same postcard she has posted on her wall at home. And it has very special meaning to her. When she told me the story of its importance, I really did get emotional too. This story is a very special to her for that reason. It is the first time Kasey is putting her writing out there for public viewing, and I am honored she chose this project. Or perhaps this project chose her.
She is a beautiful human being with a heart of gold. And her story is one of my favorites. (Both versions. J) Here is The Making of a Mermaid.

The Memory Project (continued)
When I turned the page, I noticed a brand new heading: Things They Loved. This collection of photos and postcards were completely different from all of the others. Immediately I had a feeling of warmth, protection, hope. The feelings trickled from my fingers up my arm, and I couldn't help but smile.
"What's up with you?" Jesse asked with one eyebrow raised.
"What do you mean?"
"You look, I don’t know…like you're glowing or something. Like you just went from sad to unbelievably happy." He glanced down at the pictures and back up at me as if he was trying to put together the reasons for my sudden radiance. I still wasn't telling him anything. Keep it to yourself, I thought.
I plucked a postcard from its place, a single piece of tape had held it to the page. Hawaii. I'd never been. But it was a place I would love to go. A place where I imagined memories grew like pineapples, deeply rooted in the earth.
(to be continued…) 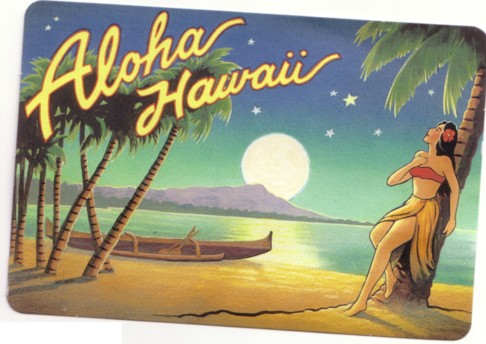 The Making of a Mermaid
By Kasey Leavitt

Miriam spent the weeks after David’s departure tending to her little yellow house by the sea. She had a friend cover her court appearances while she worked in the garden or slept. She thought the stress of feeling stuck was getting the better of her because at the end of each day she would be so sick she couldn’t eat dinner. She could barely make it to the cove. Drained from the exercise and thinking, she would go to bed early and dream of David, beads of salt water on skin, inviting her in to the ocean. After three weeks of it, she went to see the doctor for her ulcer. She left with prenatal vitamins.
Miriam called David immediately, even though she hadn’t had time to digest the news. Her call went straight to voicemail. She left a vague message, “Hi, David. It’s me, Miriam. Something’s come up and I need to talk to you. Please call me.” She left her phone number.
The next day, Miriam called again and was rolled into voicemail. She called David’s office and the secretary took a message. Miriam emailed David’s work and personal accounts. Nothing. Three days later, she tried again. Still nothing. She finally sent him a postcard, one of a man and a woman in a matching Hawaiian shirt and muumuu holding hands.
“Beloved David, did you know your name means ‘beloved’? Here are some other things I know now: I don’t have to stay here to be happy. I am ready to say yes. I know I was a fool not to before. And we two will be three. I love you. Your mermaid, Miriam.” She waited again.
Feeling desperate, Miriam called a mutual friend, Jess. She shared the news. It felt somehow more complete to reconnect with her past, to braid in the threads of who she was with who she was becoming.
“Miriam, that’s fantastic,” Jess had screamed into the phone. “You know he loves you. He’ll be there in a second. Oh, I’ve wanted you two to get together for so long. I can’t believe it’s going to happen. Finally!” She laughed.
“Do you really think?”
“He’s been studying for the Hawaii Bar. Whatever happened out there, I don’t think it deterred him the way you think it did.”

Weeks after Miriam sent her card to David, however, she’d given up hope of a response. She’d received one unintelligible message on her voicemail, but it wasn’t a number she recognized, so she chalked it up to a telemarketer. She still went through the daily ritual of checking the mail, though. She rubbed her belly, even though what was in there was still too abstract to be real, an alien in a photograph. It comforted her, though, to think that she carried part of him with her. If she never heard from him again, she might still catch the flash of his eye or the spark in his laugh when their child grew up. She would always have that thread of him running through her life. It wasn’t him, but in a way, it was better because it was them. Together.
She watched the mail truck drive away. At first, Miriam waited out front for the mail carrier to arrive. She would make small talk with him, force back her morning sickness at the jeep’s exhaust. When handed her mail, Miriam would rifle through it immediately without turning away. Every day, save for Sunday, Jim, the mail carrier, registered her disappointment. He offered her Kleenex the first few times, when her hormones and sadness overcame her. Then she learned to carry her own tissues. Last week, when she still cried at the junk mail and bills, she vowed to stop humiliating herself. So she hid by the window, behind the curtains, like she had as a girl, and waited for Jim to drive along.
Miriam walked to the mailbox, stopped to notice the birds, a new batch of hibiscus. She took a deep breath before opening the lid, then peered into the darkness. Sticking out from the usual lot was a corner of promise. A full moon stared at her from between the bills. Her Hawaiian moon. She plucked it out and saw a vintage postcard, a beautiful woman leaning against a tree on the beach, staring at the night sky. She knew it was from him.
Her hands started to shake and she waited a moment to turn it over. He had answered her. And from everything she saw on the front, she knew it was a love letter. It was too much. For the first time, she felt the baby in her belly shift, a butterfly flutter that mirrored what was happening in her stomach, in her heart. A tear dropped on the card and Miriam wiped her eyes before turning it over. She didn’t want the ink to disappear before she’d had a chance to read it.
“Mermaid, this is how I picture you. Always. I will forever see you with the full moon dancing for you and lighting you up just for me. I am coming to you. To both of you. Wait for me there, in our spot. In the deepest sense of the word, Aloha.”
Miriam’s face flooded with warm ocean tears. She dropped to the ground, her back against the mailbox post, and held the card in one hand and her belly in the other. She released the months of tension as she sat rooted to the ground. Mrs. Kanaka from across the street ran out, scooped Miriam into her tiny lap, and rubbed her hair.
“The baby?” she whispered.
Miriam shook her head no. She waved the postcard in the air, smiled through her tears, and squeaked out, “Yes. Yes.”
Just as Mrs. Tanaka was helping Miriam up, the ringing of the phone carried outside. Miriam ran in and answered.
“Mir? It’s Jess.”
Miriam was crying, devastated that it wasn’t David, but relieved it wasn’t a telemarketer, and instead was someone she could talk to about the card. Why didn’t he call?
“Jess, you won’t believe it! I got a card from David! He’s coming.” Miriam laughed. All of that stress, the long nights unable to sleep, endless crying jags were for nothing.
“Honey, is there someone there with you?”
Miriam looked at the door and saw Mrs. Tanaka standing there as though waiting to be dismissed. Miriam waved her in.
“Yeah. Why?”
“Oh, Mir.” Jess was interrupted by her own crying. “Hon, he’s not coming.” Miriam heard a sob on the other end of the line.
“What? What happened?”
“God, I wish I was I was there with you. Sweetie, turn on the news. Wait, don’t. Don’t watch the news.” Miriam heard more crying.
“Goddamnit, Jess! What happened?”
“His plane crashed. He was supposed to be there waiting for when you got his card. But…”
In the intervening pause, the news registered and Miriam shrieked and wailed. Mrs. Tanaka rushed to her side.
“Miriam?” Jess screamed through the phone. Mrs. Tanaka set Miriam down on the floor near the entryway and retrieved the phone.
“Hello? This is Miriam’s neighbor, Mrs. Dorothy Tanaka. Can you tell me what happened?”
Miriam curled into the corner. She heard Mrs. Tanaka say, “I see,” and “That is indeed terrible news,” and “Thank you for calling.” It all sounded so reasonable, as though someone had simply lost a dog and not a fiancé in a plane at the bottom of the ocean. The thought of David still strapped in to a chair floating in the Pacific made Miriam delirious with pain. She doubled over and screamed into the floor, her tears forming a small pool.
Mrs. Tanaka called for help through the open windows and Dominic, her next-door neighbor, came running over. He picked Miriam up in one efficient move and ran her back to his car. She couldn’t think to ask where they were going. Instead, all she could say was, “I should’ve said yes the first time. My doubt killed him.”
Dominic kissed her forehead as he buckled the seatbelt around her. “Can’t think about that now, love. You’ve got to think about her,” and he put a hand on Miriam’s stomach.
“Her?”


“Yes, you’ve got a little mermaid swimming around in there. She needs calm seas.”