The Memory Project: The Conclusion by Carey Torgesen

Well, it's been fun folks. I really have enjoyed sharing the fabulous work from my friends. I hope you've enjoyed it as much as I have. It really was fantastic how things just seemed to all fit together, like some puzzle meant to be from the greatest writers I know.

So, I know you're all wondering how it ends. To be honest, for a while, I wondered myself. But then, like most things that are worth anything, the idea came to me. And of course, the man who started it all, my bestie Josh, was the inspiration for the perfect conclusion.

Oh, and by the way, many of these pictures were taken by one of my dearest friends, Jodie Andrefski. I want to thank her for allowing me to use them. She's not only a very talented writer, but an amazing photographer as well. Thanks J. I love you~ sent from my iHeart.

So here it is. Hope you like it as much I do. It's been fun. Love you all.


The Memory Project: The Conclusion
By Carey Torgesen 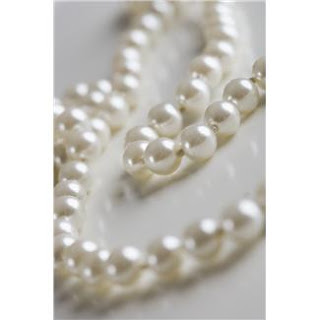 I looked at the man standing before me. He wore a black brimmed hat, his hair was salt and pepper, with just fringes of bangs peeking out from under the dark fabric. He also donned a crisp, black suit, with the white shirt contrasting against the lapel and cuffs. It was a strange outfit to be wearing at this time of night, in the summer, in the middle of a small town like ours. I was sure he must be roasting like a ham on Easter Sunday.
Jesse stretched his arm around my waist, holding me so my back was close to his chest. I felt safe.
“D? What’s that for?” I asked.
“Donald. Agent Donald. Nice to meet you.” He held out his hand. I leaned forward, and took his hand firmly in mine. The moment our hands touched, a shock of electricity zapped me. I snapped my hand back. “Did you feel that?” With his arm still around me, Jesse held me tighter.
“Yes. Of course I did. It’s the same feeling I get when I hold the suitcase. Pardon me, but can I come in and sit down? I’ve traveled far searching for you, and I’d like to sit down with you and talk.”
Part of me hesitated. If I invited this…Agent Donald in, I would have to explain to my mom who he was and why he was here. I’d have to explain the suitcase, where we found it, the fact that we entered a house we should have never entered. I’d have to tell her about the scrapbook and pictures and what happened to me, and the fact was I could hardly understand it myself let alone explain it to another person. But, the other part of me, the one that was eager to invite him in, wanted answers. Relief washed over me because at his admission of the shock while we touched, I understood at once I wasn’t crazy. There were reasons for all these strange occurrences. And I was only an invite away to having all my questions answered.
I smiled and nodded. “Certainly, sir. Please, come in.” I stepped aside, Jesse mirroring my movements.
Before getting to the top of the porch, Agent Donald turned around toward a black car he parked down a ways in the driveway. The window was down halfway, enough for me to see someone was in there, observing this entire exchange. The man in the car nodded and the window rolled up.
“Who’s that?” Jesse asked.
“Oh, that’s Dr. Canterbury. He’s an old friend. We go way back.” Agent Donald smirked, then walked past us into the house.

The Broken Side of Time by Rob Kristofferson

Rob Kristofferson aka Sir Huggleston is a very dear man. There are many things I could say about him, so I'll start with this, he always cheers me up. He's such a positive person. He hands out hugs like a bartender hands out drinks, and they make people feel just as good.  He and I have a lot in common; namely our love of science fiction, comic books (although I'm an occasional fan, he can tell you anything and everything  you've ever wanted to know), superheroes and the world of fandom and television (i.e. LOST). He's my go-to for information regarding any of those things. He's sweet, caring, and a good friend, and I really am so thankful to have someone like him I can count on.
Rob was a last minute add on this project, and I'm so glad he joined. I knew he was a talented writer, but the story he created for this, well, it had to go last. It closed this series perfectly. As fitting as Josh's story was first, this story begins wrapping up the chapter of the suitcase and drawing things to a close. And it couldn't have been better had I planned it myself. The photo was simple and interesting, and what Rob made it into is a story that takes all the things he loves about science fiction and weaves into a great narrative.
So, I'm so please to present, the last official story of this project, The Broken Sides of Time.

The Memory Project (continued)
Everyone left and it was just me and Jesse, swinging on the hammock, our legs entwined, my head resting on his chest. I breathed him in. This was the first time since finding the suitcase I'd been able to relax. Today had been a strange day, and I wondered where the adventure would take me, and if I'd let it.
I could always bring the suitcase back to the house with Jesse and leave it, as we'd planned. I didn’t have to keep it. Though the thoughts were tempting, a part of me knew it couldn’t be. I had to keep it.
The scent of citronella and heliotrope swept over us, the breeze soft, the perfect kind after a summer storm. Jesse played with my hair, wrapping tendrils around his fingers gently. I drew imaginary hearts on his chest. The visions had calmed down, and lost in this moment, I almost forgot they'd happened at all.
###
I walked Jesse to my front door, our hands locked together.
"Well, this has been an interesting day. Lots of new…" his voice went soft and he turned to face me, softly tracing his thumb along my jaw to my chin. His lips drew nearer to mine. "…developments." He kissed me, his lips warm and soft against mine. His mouth tugged gently at my bottom lip, and with his arm he pulled me close, our bodies occupying the same space. The starlight glimmered while the soft winds cascaded through small gaps between us as we kissed; nothing felt more right than this. It was like we were two parts of the same person.
Being so completely immersed in his kiss, I almost missed the footsteps coming up the stairs of the front porch. And they would have gone completely unnoticed had the air not suddenly changed, charged with something electrical. I pulled away from Jesse as every hair on my arms stood on end. The air became thick and I could hardly breathe. Instinctively, I turned around and saw a man, still cloaked in darkness.
"Sorry to bother you. I'm here for the suitcase. I'm D."
(to be continued) 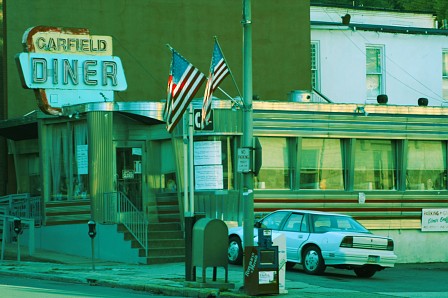 THE BROKEN SIDE OF TIME
by Rob Kristoffersen
To say there is more to life than what you see is as cliched as time itself. But what about the things you swore you experienced, and what if nobody believed you? Are the answers physical and will they drive you mad? I often wonder who was there at the beginning of time - gods, monsters, aliens, men?

Posted by Unknown at 1:39 PM No comments: Links to this post