The Lake Monster by Megan Paasch

I can't say enough about my dear friend, Megan Paasch. When I find out a writer is from Washington, I try to follow and support them. When I first started Twitter, I always saw people meeting up in real life after meeting on Twitter and I thought "That's really cool. I wish I could do that." So after back and forth bantering with Megan and some others (most of whom have joined this little blog project), we decided to meet up. It was the beginning of a really great friendship. We shared great food and great conversation. Now we see each other regularly and talk writing, kids, and life in general.
As a writer, well, she's fantastic. She can write well in so many genres that I wouldn't dare touch with a ten foot pencil. She creates worlds and experiences that are unlike any I've read and the way her mind creates "whoa" moments is spectacular. I could not have been happier when she agreed to write for this project. She was a bit afraid at first, wasn’t sure she could do it. She hadn't really written short stories much so it was a stretch. But what she gave me was so extraordinary.
This story is one of my favorites. And I'm so excited to present it to you from my dear friend, who has more talent in her left pinky than I have in my whole body. I love her. She's always there when I need her. She is my one constant writer buddy I can count on for writing support and emotional support. I absolutely love her and am so thankful she is in my life. And I'm NEVER LETTING HER GO! There I said it.
Now, read this incredible story, which is the perfect one to set the tone as this project nears the climax, where the scrapbook and the suitcase take on a more ominous tone. Megan Paasch. The Lake Monster.

The Memory Project (continued)
It took a moment for me to realize the shivering which had begun as soon as Jesse kissed me was not from his touch, although the rapid heartbeat assured me he had an effect on me, but this…was from something else entirely.
A loud crack came from outside, I jerked up, hairs on end, eyes wide. I nearly jumped out of my skin. I turned my eyes toward the window, watching a massive cloud form, a great ball of gunmetal grays and small flashes of light. The bows of the surrounding trees slowly leaned to one side battling the winds. Small chunks of ice plunked against the window, then bounced off toward the ground.
The temperature in the room dropped ten degrees or more within minutes. A whistle from air being pushed through tight spaces echoed around us.
I grabbed Jesse's hand, squeezing it. "Hurricane?"
"Nah, I think it's just a summer storm." Jesse scooted toward me and put his arm around my shoulder, and softly rubbed my neck with his back of his thumb. "It'll be fine. Turn the page." He nudged his head toward the scrapbook.
My eyes bounced from the window to him a few times before finally settling back on the page in front of me. My blood turned to ice as I looked at the picture.
I had no idea what to make of it. I had no clue what it meant or how it came to be. I shivered again as I read the words, scribbled hastily in black ink at the top, 'Things They Should Not Have Seen'. I swallowed hard.
Like the previous pages, I started to get a sense from the pictures. And they became stronger. It was if, the longer I spent with this scrapbook, the more the emotions surged within me. But that was impossible. What disturbed me most was this time, it wasn't loss or love. This time the feeling was much colder. Much darker.
Fear.
(to be continued) 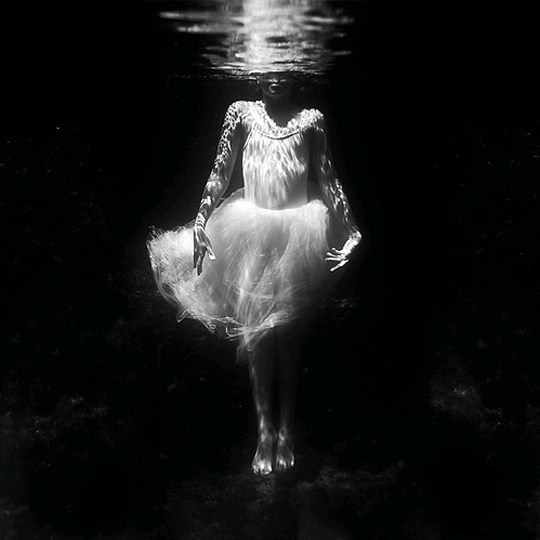 The Lake Monster
by Megan Paasch